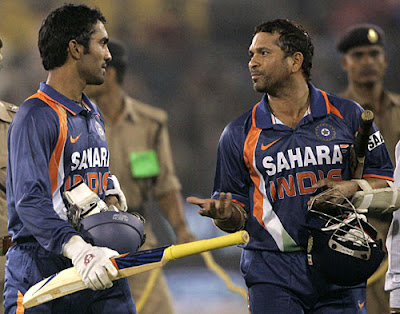 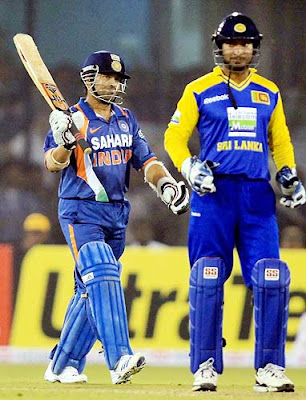 Sachin Tendulkar raises his bat on completing his half-century as Kumar Sangakkara looks on during the thirrd One-Day International between India and Sri Lanka at the Barabati Stadium in Cuttack. 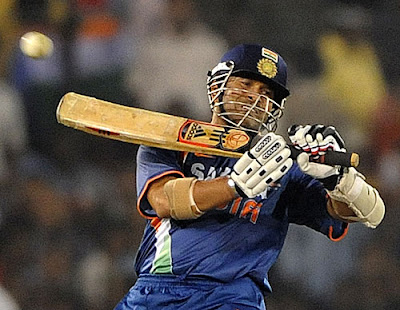 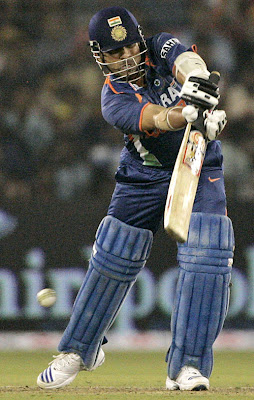 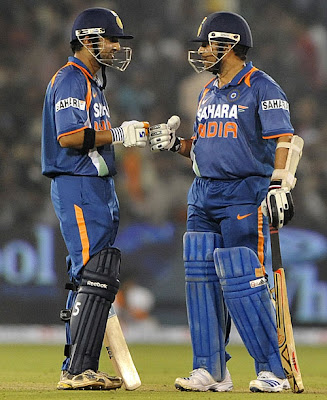 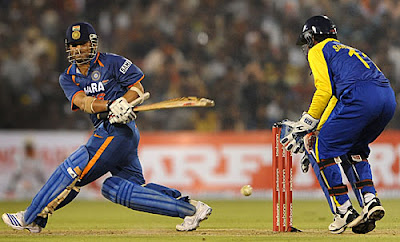 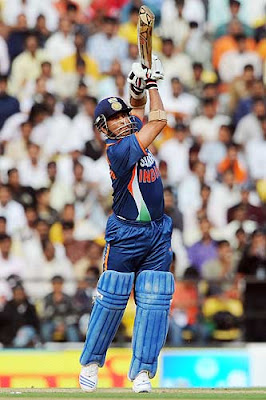 Sachin Tendulkar plays a shot during his 43-run stand at the second One-Day International between India and Sri Lanka at the Vidarbha Cricket Association Ground in Nagpur. 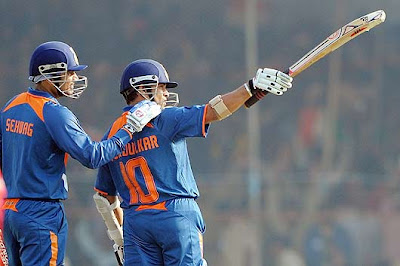 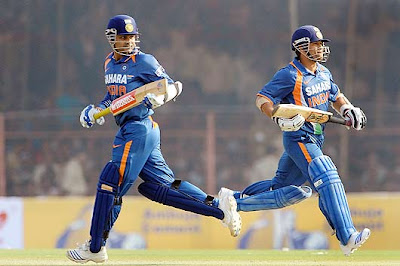 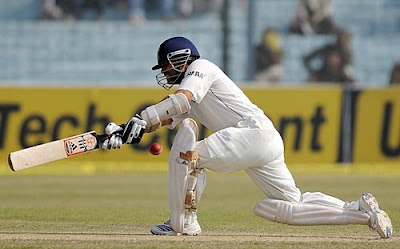